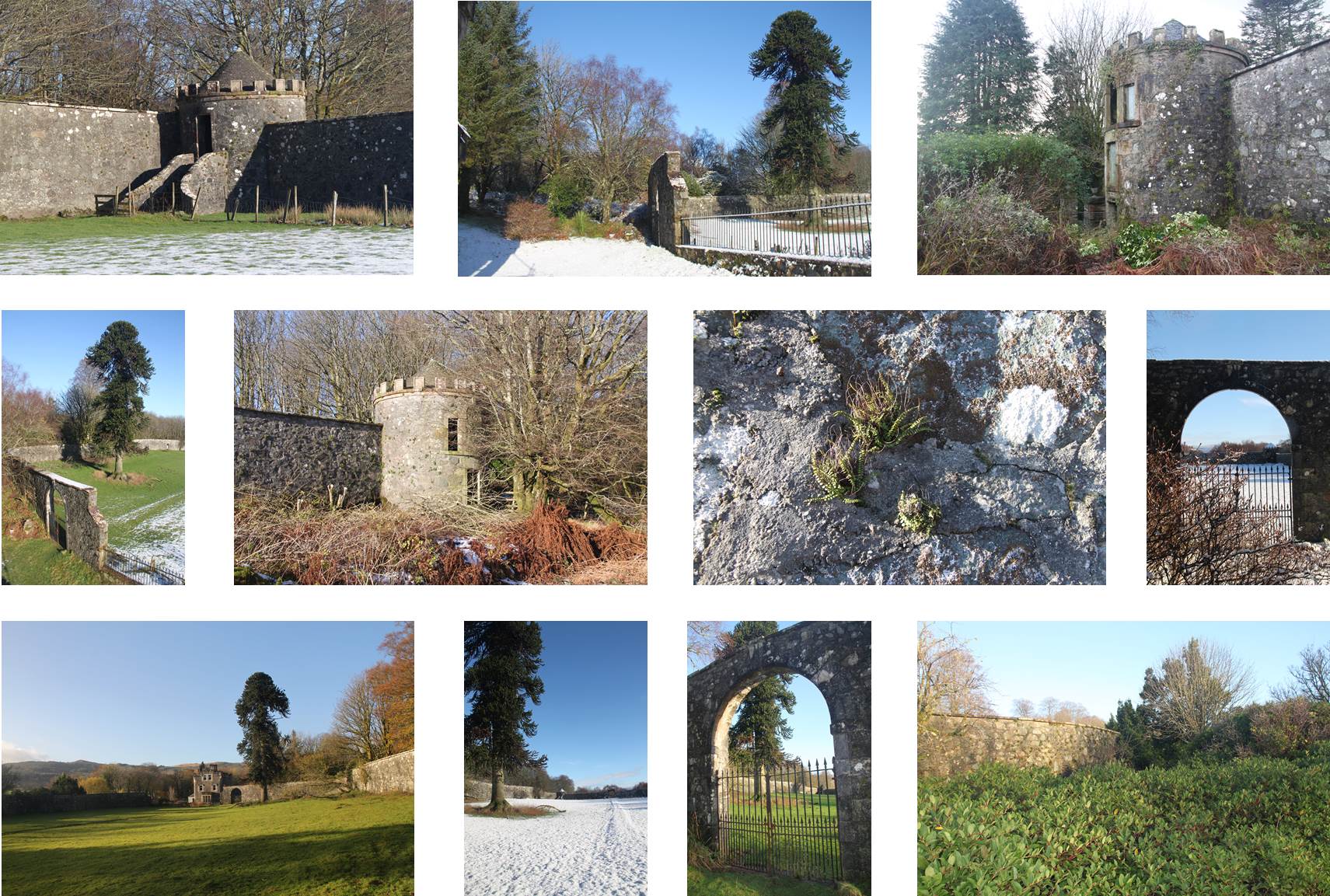 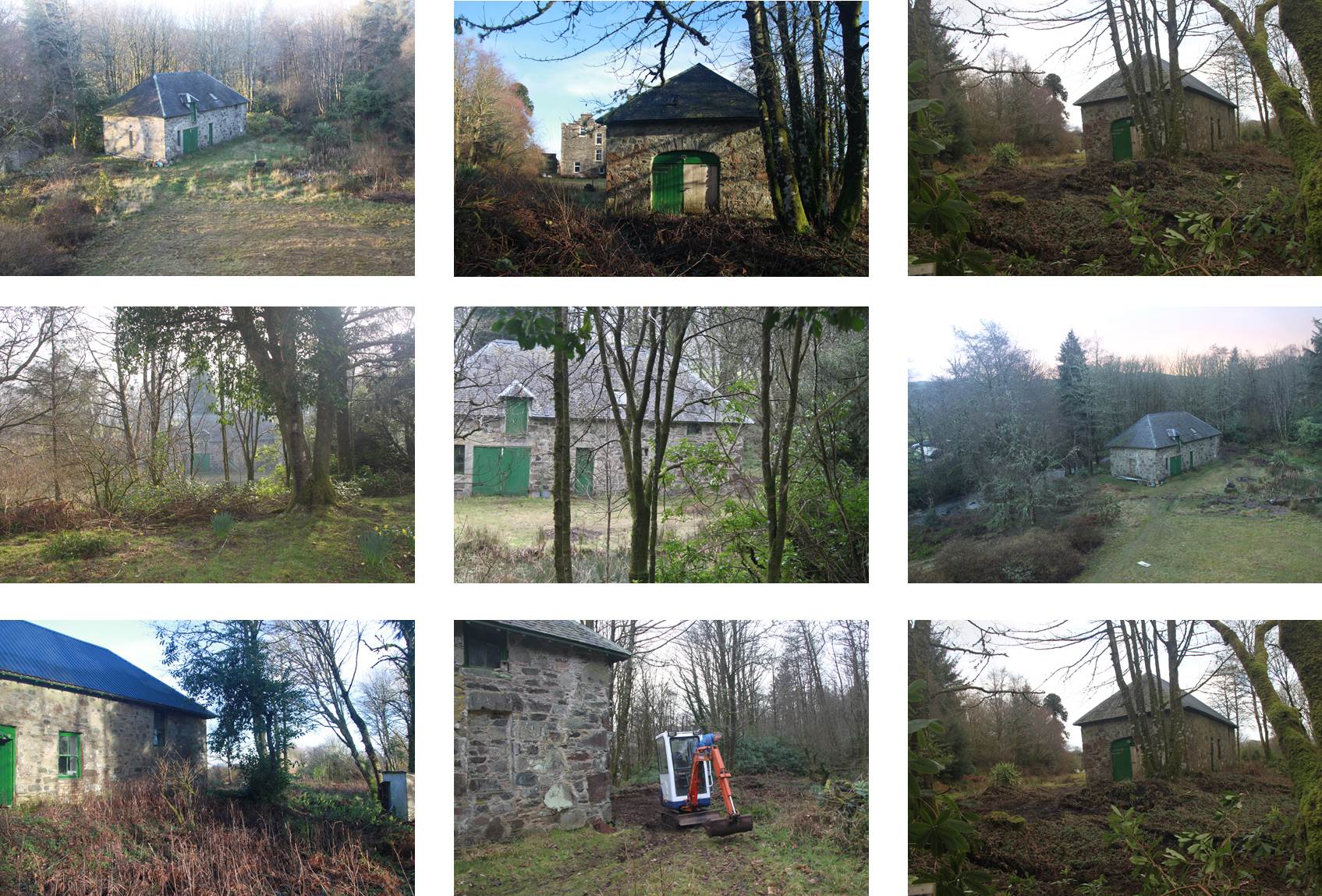 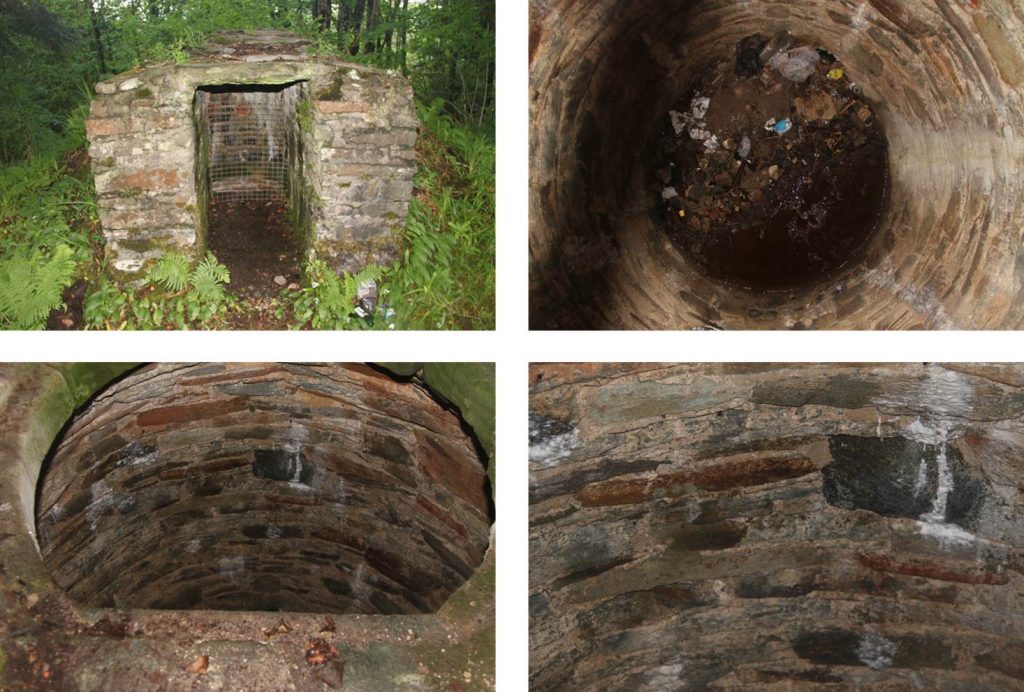 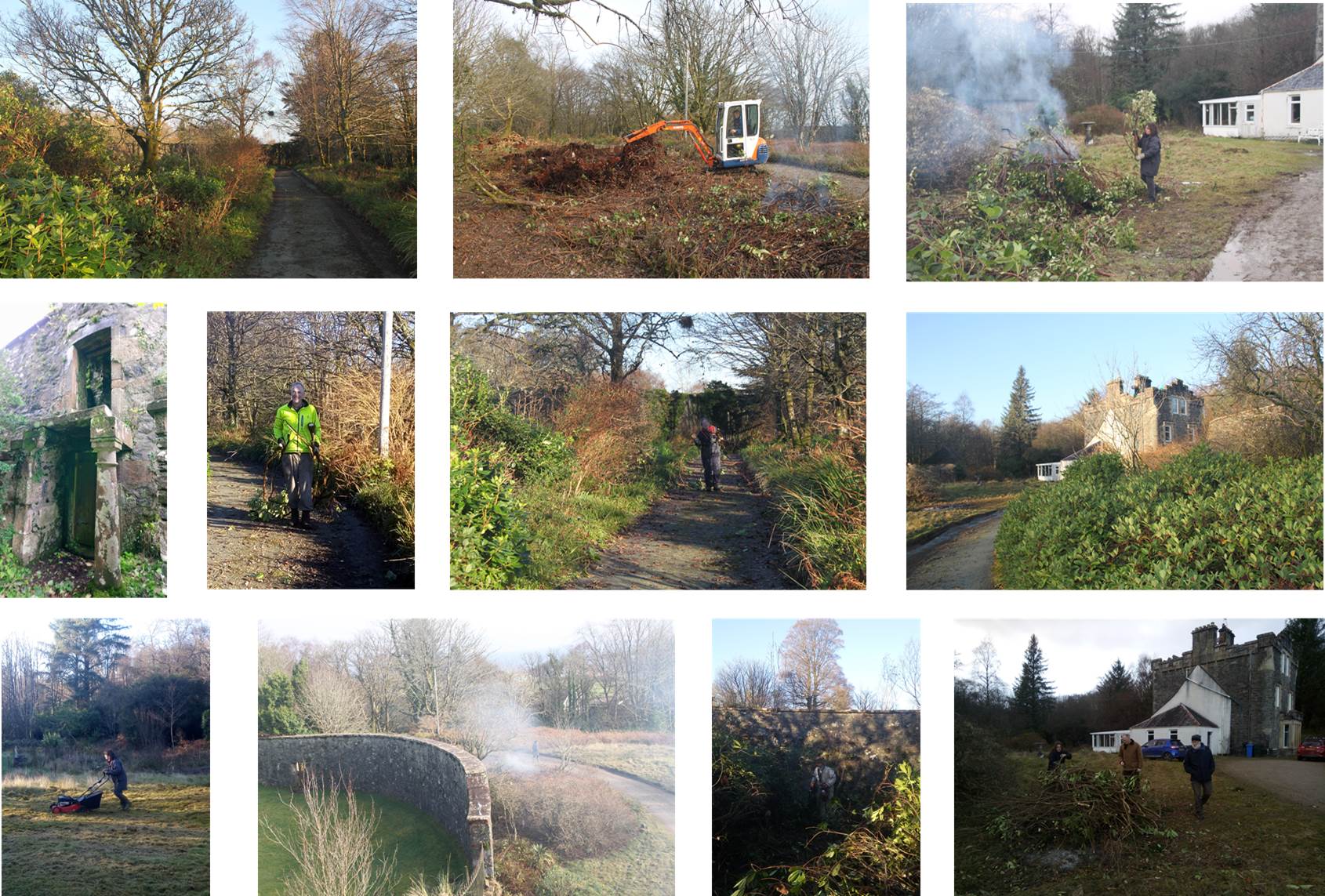 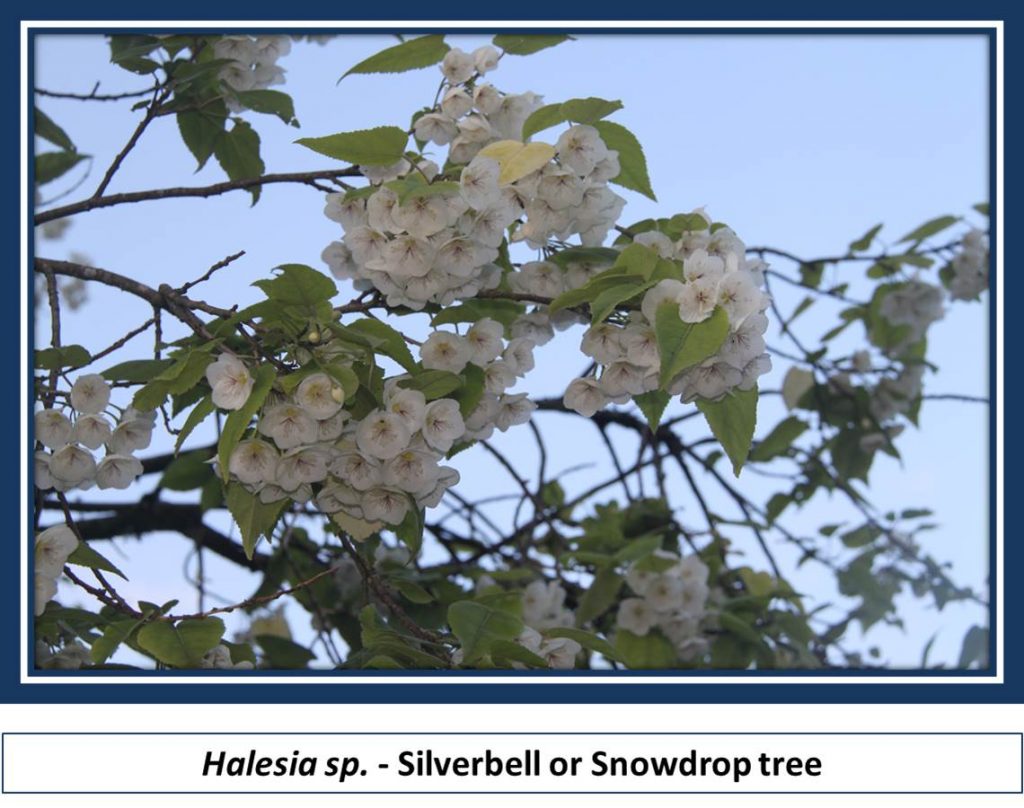 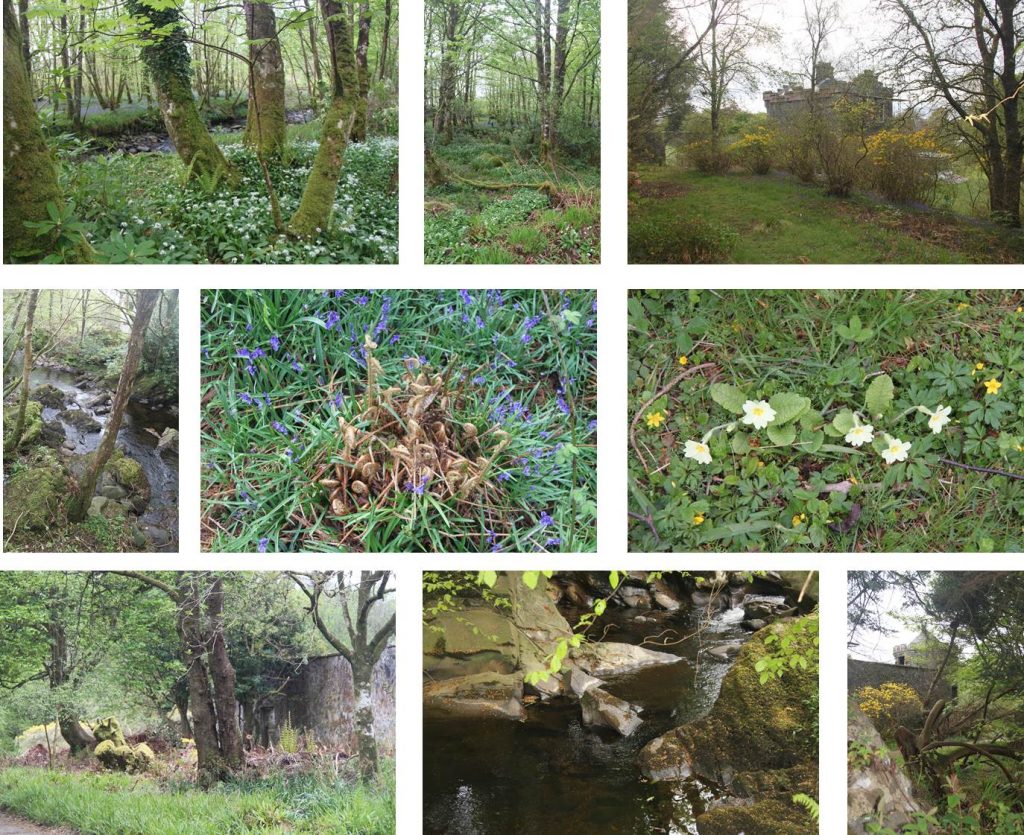 Ponticum, and invasive species is prevalent at Inverneill House.  One objective is to confront this menace and attempt to eradicate it from the property. 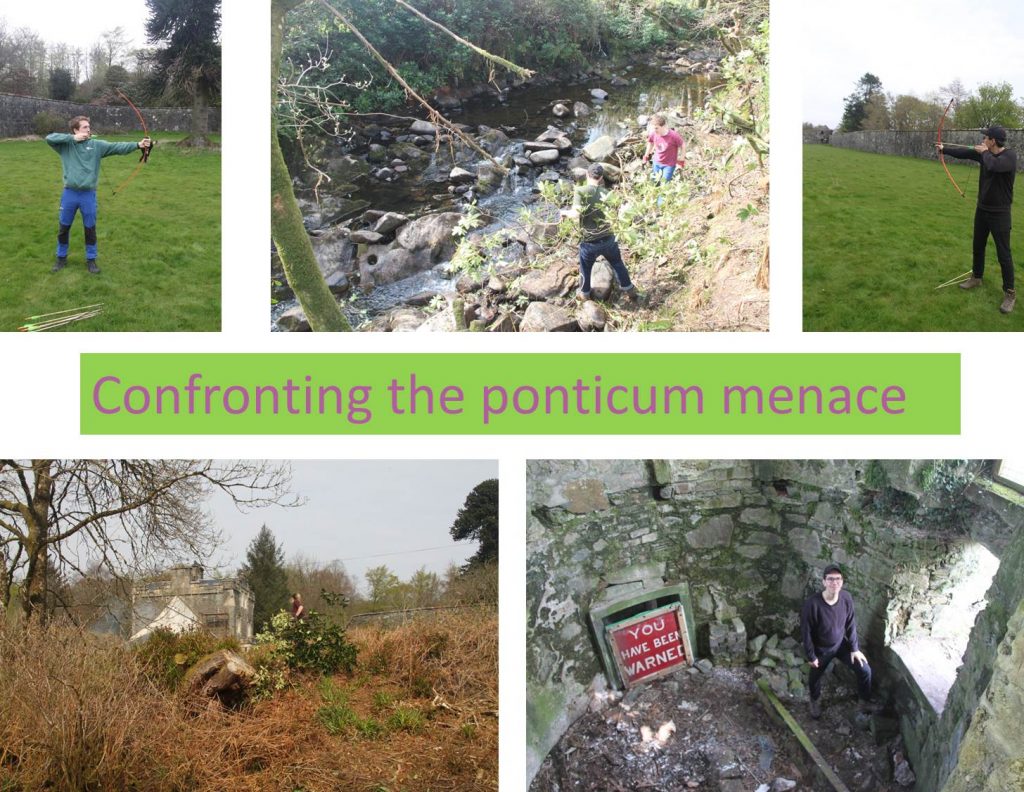 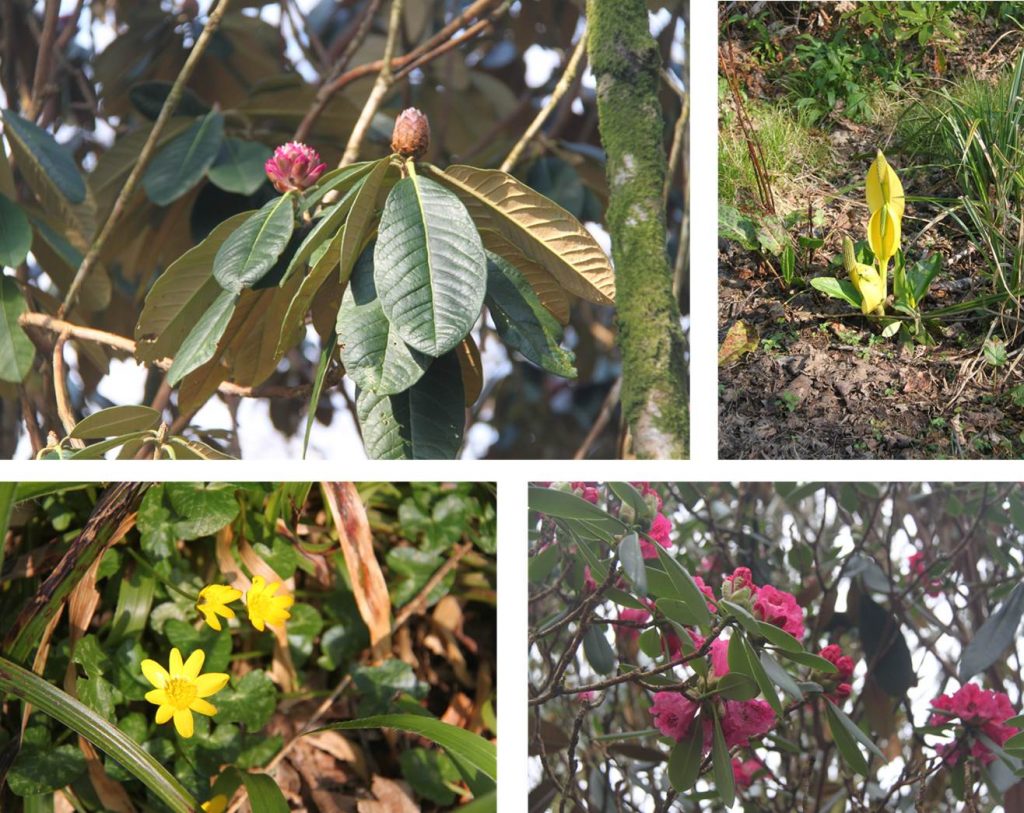 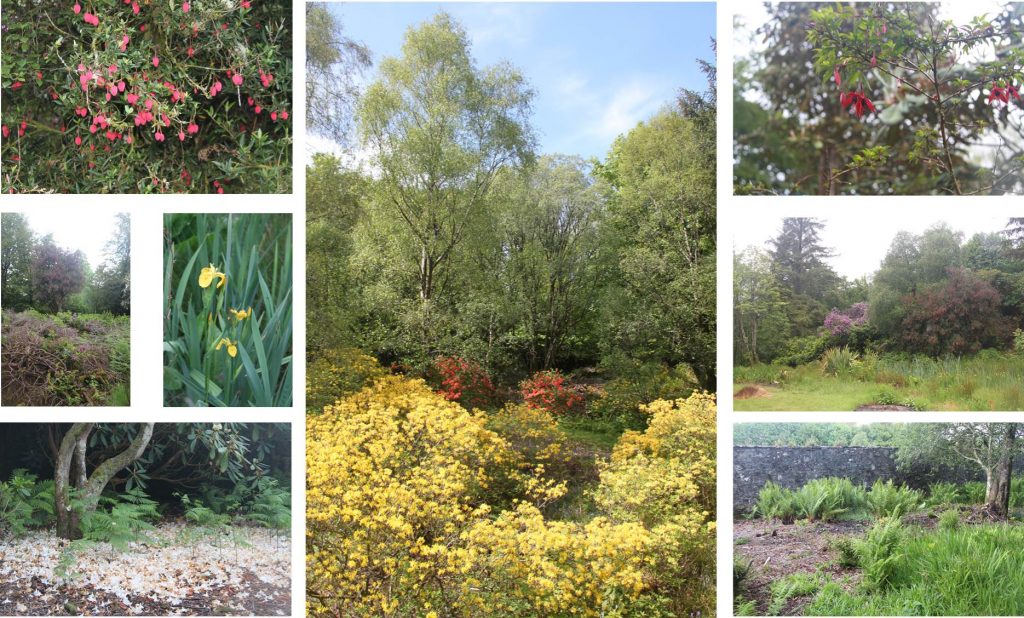 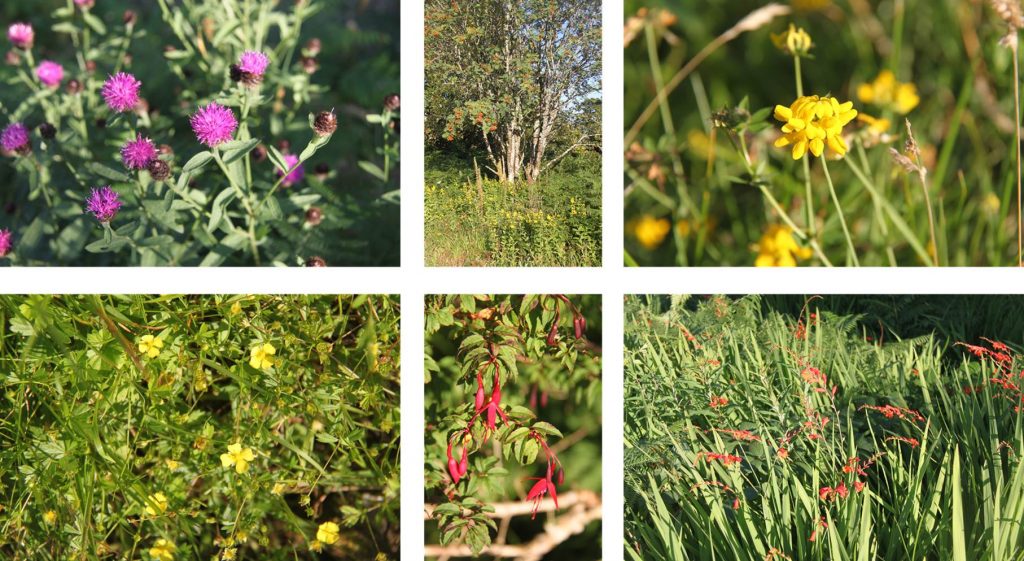 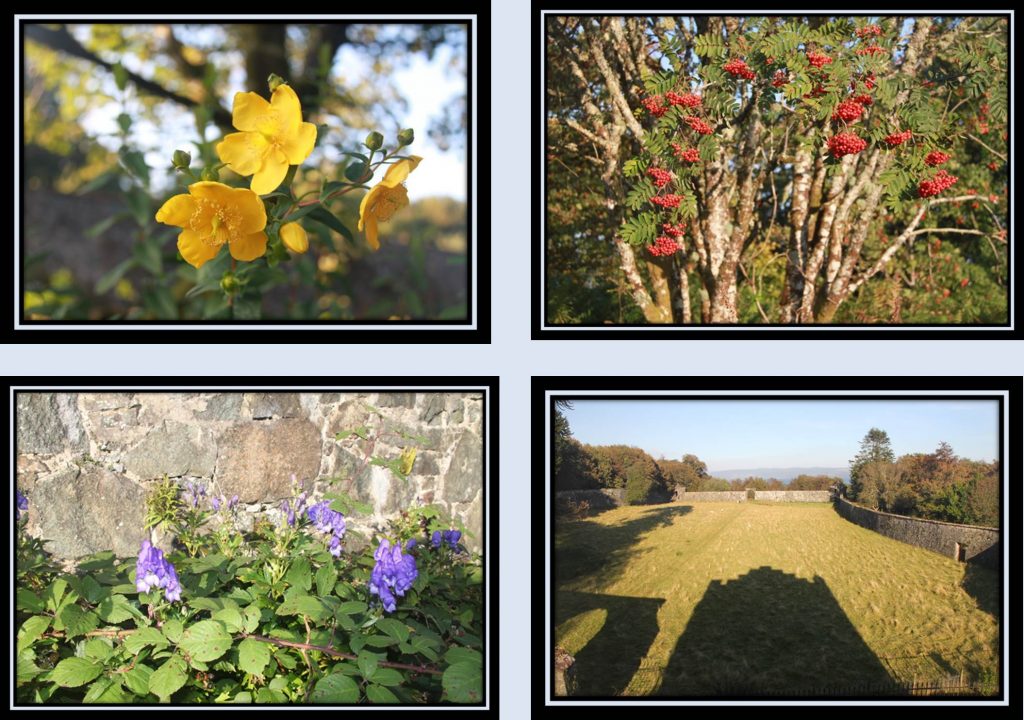 In January 2021 we began to repair the turret roofs, restore some of the paths in the walled garden and renovate the outshot. It has been a long, hard slog!

It has been an extraordinarily warm and dry month. The pond has completely dried out, so with the much appreciated help of Richard Drake at Brenfield Farm, we have been able to scrape out the bottom and reform the bridge.

Another benefit of the extended dry spell has been that the line of the serpentine paths that used to be in the walled garden can now be seen. In the background, the roof the South Turret has now been slated, while that of the North Turret awaits its outer covering. Thanks to Colin Meikle and his team for forming the conical roofs and Colin Gilmore for doing the lead work and slating. Yours truly has meanwhile been patiently re-pointing the coping stones of the wall with a traditional lime mortar mix.

It has been a good year for produce. Here is a photograph capturing some of the Inverneill House products for this summer.